Puzzle is a performative event that names itself theatre of consciousness. It stages, or more precisely over-stages a generic scene - two actors interact with each other and with an object on a stage covered by a screen on whose surface is projected a film sequence of a fragmented dialogue between them. An additional TV screen placed next to the stage renders visible the live performance on the stage. Live comments typed an  ‘operator’ follow the film sequence and are reversed successively so that they become legible respectively for the performers and the audience. The intermediate surface of the screen maintains its double function - to conceal and to be the place of an image. It is a membrane that simultaneously connects and separates the two performers and the audience. Theatre finds itself suspended or dismantled on several levels.  Puzzle is woven by a description of an embodied experience of (self-)observation and a dialogue that always seems to run out of synch. It introduces opacity and fragmentation, and asks the question - how is a theatre staged? And precisely not – how is a scene or a play staged? Theatre stages, but it is not staged. Actors perform, but then can the very position of being an actor be performed? This question touches upon the very thin, elusive meaning of the dash separating ‘re-’ from ‘presentation.’ A re-presentation?

Puzzle narrates, in fact stages, states of subjective awareness - the fragmented narrative of verbalizing primary observations of the performers’ movement in space and of a surface of an object that reflects their own infinitely fragmented image. An act of conscious representation folding back onto itself. In phenomenological terms consciousness is always a consciousness of something. But the ‘thing’ within the performative space of Puzzle is a non-object erasing itself in its visible surface.  Relating or interacting it is an experience of being out of synch, of not coinciding with one’s own reflection. Equally, the relation between the two performers is alienated. They read each other’s transcripts from an earlier performance thus creating a mis-matched dialogue, which mimics an exchange, but is in fact a highly staged situation of speaking with the voice of the other. The collapsed present of a narcissistic subject engaged with itself and excluding the world, failing to create her own history (which is always a history of interactions with others) is rendered in Puzzle as a strange fragmented experience of always falling out of symmetry with one’s own image. Inter-relation becomes and intra-relation and lapses back into inter-relation. I-am-you-are-me. May, 2013 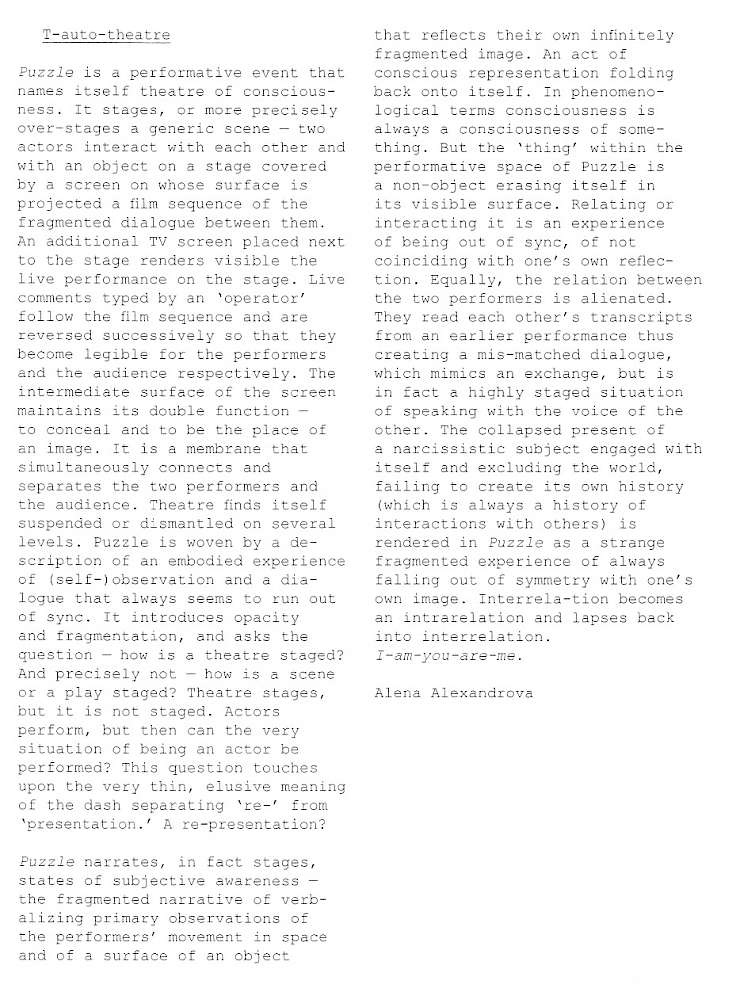 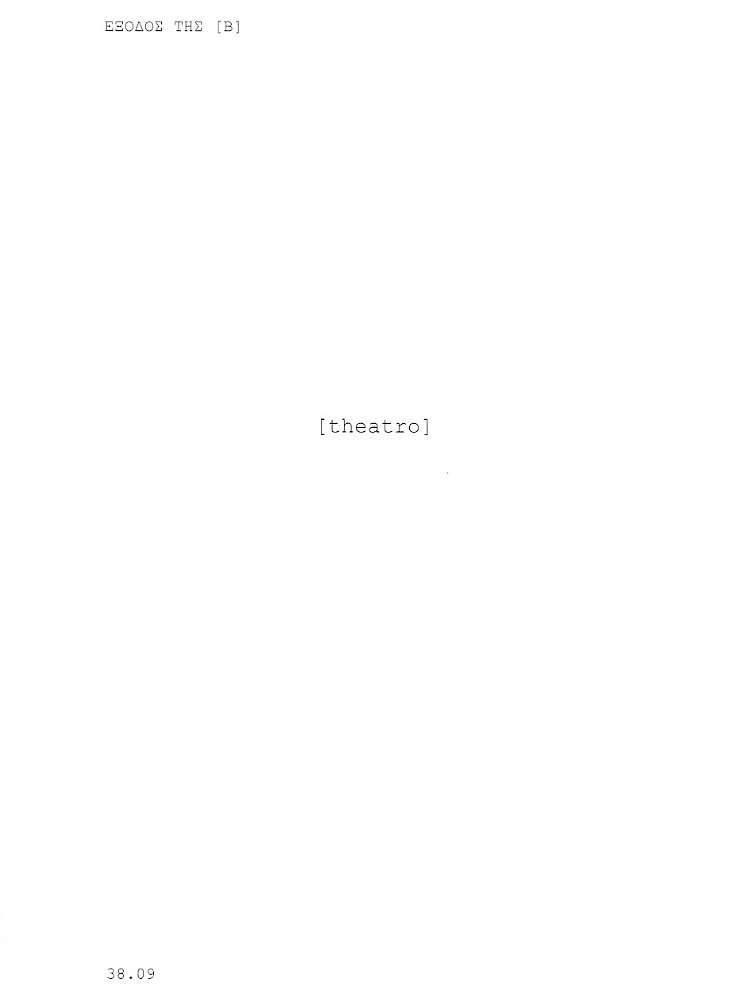 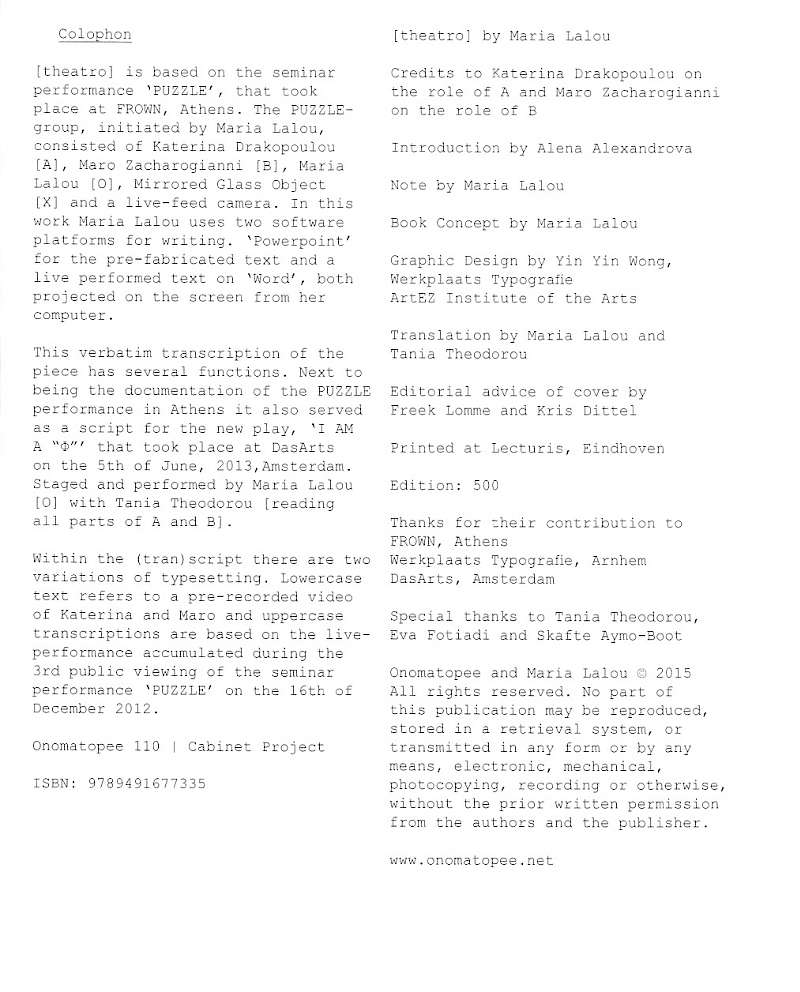